Form of government and constitution

According to its constitution, India sees itself as a “sovereign, socialist, secular, democratic republic” based on “justice, freedom, equality and fraternity”.

It organizes the political, social and economic concerns of 1.34 billion people or 900 million citizens with voting rights – more than all established people in East and West put together. India calls itself the “greatest democracy” in the world. This is undoubtedly true in quantitative terms. Despite numerous grievances, India can be described as qualitatively democratic, especially in view of the difficult conditions and the great potential for conflict. Democracy in India has lasted for over 70 years – by no means a matter of course, as neighboring Pakistan and other colonial countries show. India can be seen as an exception to the rule.

India is a republic with a federal structure. It is divided into 29 states and seven union territories. Telangana was created as the 29th state in 2014 from parts of the previous Andhra Pradesh. The states have less political say and decision-making powers than in Germany, for example. By means of the so-called President’s Rule, a state government can be deposed by the President and temporarily placed under the administration of the federal government. Below the state level, there has been a local self-government (Panchayati Raj) in villages and towns that has been anchored in the constitution since 1993.

At the head of the executive is the president, Ram Nath Kovind since July 25, 2017, who comes from the Dalits (untouchables) caste. In a de facto manner, the President performs largely representative tasks, comparable to the German Federal President. Political power, on the other hand, rests with the Prime Minister and his government, which is responsible to Parliament. India is a parliamentary democracy that has similarities to Germany, but also bears features of the British Westminister model.

The Supreme Court in New Delhi forms the judiciary and is highly regarded. Below him are the high courts at the state level. It has proven itself as the guardian of the constitution and guarantor of fundamental rights. At the lower levels, the judiciary is overburdened and viewed as corrupt.

Major Indian parties include the Indian National Congress (INC), the Bharatiya Janata Party (BJP), the Bahujan Samaj Party (BSP), the Communist Party of India, and the Communist Party of India (Marxist). Well-known and influential regional parties are the Telugu Desam Party in Andhra Pradesh, the Muslim League in Kerala, the Shiv Sena in Maharashtra, the Dravida Munnetra Kazhagam in Tamil Nadu and the Samajwadi Party in Uttar Pradesh.

In India there are only two nationally relevant parties, the Indian National Congress (INC, Congress Party) and the Bharatiya Janata Party (BJP). The INC can look back on over 130 years of history, the BJP has existed for over 60 years. Both currently unite over 50 percent of the votes, the rest is distributed among the numerous regional parties.

The Hindu nationalist BJP provided the prime minister in the coalition government known as the National Democratic Alliance (NDA) from 1999-2004. From the elections for Lok Sabha in spring 2004 and 2009, the United Progressive Alliance (UPA), led by the Congress Party, emerged as the victorious alliance. Despite an increase in seats, the UPA was unable to obtain an absolute majority in the lower house. The legislative period ended in 2014 and brought about the expected change in power. Since then, the new ruling party has been the BJP under Prime Minister Narendra Modi, which also won an absolute majority of the seats in the last national elections in May 2019.

Manmohan Singh, known as the “father” of economic opening, was Prime Minister from 2004 to 2014. The chairwoman of the Congress Party, Sonia Gandhi, Rajiv Gandhi’s widow, also has political weight. For many years she tried to build up her son Rahul Gandhi as the successor to the office of Prime Minister. He became President of the Congress Party in December 2017. However, he assumed political responsibility for the Congress party’s recent election defeat in May 2019 and resigned from his office. How the INC will go on with or without the Gandhi family remains to be seen.

Regional parties have played an important role since the 1970’s. The time of the earlier dominance of the INC was over for 30 years. Coalitions with regional parties have become necessary. However, the BJP has dominated national politics since 2014 until further notice. The influence of the regional parties is seen as an expression of a “silent revolution” and a democratic awakening of disadvantaged groups (Dalits, Muslims, etc.) However, regional parties often represent a particular, patronage-oriented policy and thus hinder far-reaching reforms. 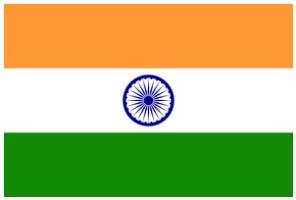