For a long time Venezuelan literature was identified, at least in the eyes of Europeans, with the work of R. Gallegos (1884-1969); this was perfectly explainable, both for the intrinsic value of the writer, and for his long stay abroad where he had the opportunity to make known the problems and struggles of his homeland. Gallegos’ last important novel is La brizna de paja en el viento (1952), where the political story of Cuban revolutionary students is evoked with narrative wisdom and a sense of historical color. In La doncella y El último patriota (1957) Gallegos brings together a dramatic screenplay about Joan of Arc, and a series of short stories that date back to past times. At the fall of the dictatorship, he returned to his homeland as a triumph: the rest of his political events, including his period of presidency of the republic, occupied the chronicle of his days until his death.

The other great Venezuelan novelist of international fame is A. Uslar Pietri, born in 1906. But his capital works, including Las lanzas coloradas (translated into Italian only in 1973) date back to the 1930s and 1940s. However, Un retrato en la geografia (1962) and Estación de máscaras (1964) are also notable for the usual vivacity of the prose that expressionistically moves from figure to figure, from landscape to landscape, in an irresistible rhythm.

Otero Silva, who had already made himself known in 1939 with Fiebre, reached his maturity in 1955 with Casas muertas, and in 1961 with Oficina n ° 1. They are intense and dramatic narratives, rich in the sense of history even if at times summary in terms of psychological analysis: the first concerns the condition of young people, and their libertarian battles, under the heel of the dictator Gómez; the second against the background of the industrial transformation of the Venezuela, due to the advent of oil production, with all the implications, not only economic, but also internal and ethical, that such a revolution has brought about for the whole country.

Eloy Branco (1897-1955) addressed three literary genres – poetry, novel, theater – with high nobility, even formal ones; but certainly the works of M. Picón Salas (1901-1965) whose cultural dimension embraces philosophy and history, literature and art will remain memorable, due to the subtle interiority of the essay fabric, but everything reduces to the taste and music of a very personal writing., nourished by the juices and ferments of twentieth-century Europe and North American pragmatism.

The poetry, on various directions ranging from the recovery of popular song to the more aristocratic neo-symbolism, is expressed in the names of the middle generation, generally the most controlled in terms of form: O. d’Sola (1912), Venezuela Gerbasi (1913), J. Lisca (1915), JR Medina (1921), to which must be added the writer I. Gramcko (1925) who alternated poetry, fiction and theater, in her coherent discourse of individual psychology with a metaphysical background. To an easy notoriety, for its qualities of sentimental effusion and also of civil commitment, came A. Nazoa, born in 1920.

Already the following generation operates a series of ruptures of linguistic custom, with automatic descents to the unconscious, of a surrealist type, or with violent political stances, or with a recovery of the “spoken” in an anti-literary function; but in some even the most harsh and angry theme is then reworked in abstract or precious forms. We recall among the most notable poems J. Calzadilla (1931), G. Sucre (1933), R. Cadenas (1936), R. Palomares (1935), J. Salazar Meneses (1929) who is perhaps the most singular figure of this poetic pleiad.

European, North American and Hispanic American influences are present in the narrative: Borges, Kafka, Faulkner, Joyce and the French nouveau roman have variously acted on authors who are only partially faithful to the indigenist and regionalist tradition: over time the urban novel, and also modules of fantastic narration or symbolic, they ended up prevailing. Worthy of mention are, however, firstly G. Meneses, born in 1911, then his contemporary J. Fabbiani, as well as G. Díaz Solís, H. Mujíca, O. Trejo, the subtle and unusual S. Garmendia, of the 1928, and finally A. González León, born in 1931.

With clear and justified fame in literary and historical non-fiction, and a good philosophical background, R. González Paredes, of 1925, successfully ventured into the novel and the theater. In the latter genre, which has had alternating vicissitudes, but which continues to arouse interest especially in young people with an experimental tendency, R. Pineda, from 1926, and R. Chalbaud, from 1924, stood out alongside the older A. Certad., endowed with a sure capacity for dramaturgical construction, while N. Curiel appears closer to today’s anxieties. 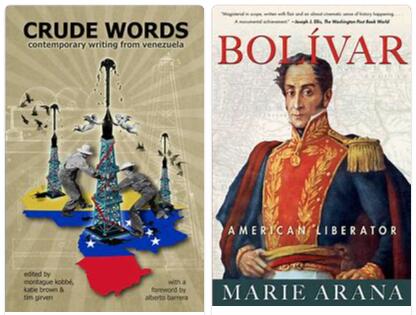