Scripture literature in sub-Saharan Africa has a long history associated with the spread of Christianity and Islam. In the 600-h. found in Ethiopia Bible translated into geez in connection with the Coptic church consolidation, later followed by literature in Amharic. With the spread of Islam in West Africa, a religious literature emerged in Arabic, and the Arabic alphabet was used to write down African languages, the so-called Ajami literature. In 1700-ts East Africa, a regular narrative poetry existed in Swahili, first in the Arabic alphabet, since the Latin. The earliest poems had the life of the Prophet Muhammad as subject, later the poets sang local rulers and their urban communities: Lamu, Pate and Mombasa.

Literature belonged to an elite culture and was just as designed to exclude as to communicate. More significant to the majority of people was oral “literature” or orature, still living in Africa. See Countryaah. The function of the orator can be instructive, educational or ritual. It can unify the memory of groups into great tales, creation myths, cosmologies or praises of rulers; but it can also convey criticism and liberate laughter. It can be handled by specialized storytellers such as the griots in West Africa, but can also be collective, connected with the work and ceremonies of everyday life and consist of genealogies, work, battle, wedding or funeral songs, riddles and moral fables. It includes dramatic performances that blend dance, music, words and mime – the Yoruba people’s masquerade and dramatizations known from the 1600s. A large body of oratory has been written down, and missionaries, colonial officials and anthropologists have had an impact on its canonization.

In the 1800s. a number of African languages ​​were written by European missionaries. British colonies standardized local languages, taught them, translated the Bible, and encouraged hymn poetry. Protestantism would promote a personal relationship with God and the British sought to build their dominance on the power and African tradition of local leaders. French and Portuguese colonies, where Catholic missions were influential, followed a more assimilation-oriented policy in which education and written activity took place in the colonial language. In West, East and Central Africa, British Colony Administration established bureaus in the 1940s and 1950s to promote literature in local languages. They produced school texts and handbooks and supported the development of literature that was consistent with their interpretation of tradition.

In South Africa, Christian missions were widely spread early. Around 1840, the New Testament was translated, in 1890 the entire Bible was available in xhosa, zulu and sotho, and missionary schools exhibited great activity. In 1916, Fort Hare University was opened, which was central to the development of an African intellectual elite. The growth of African nationalism in this century meant that education and cultural activity in the different mother tongues were separated by culmination in the Bantu Education Act 1953. Literature in African languages ​​enjoyed particular prominence in South Africa and in the white-dominated Rhodesia.

African Nationalism and Literature before 1960

With the rise of political nationalism in Africa, independence themes emerged in the literature. In the French colonies, the Madagascan poet Jean-Joseph Rabéarivelo published in the 1920s; Senegalese Léopold Sédar Senghor published 1948 Anthology de la nouvelle poésie nègre a malgache de langue française, a major work in the négritude movement, and in 1947 the journal Présence africaine was founded. Cheikh Anta Diop broadcast a 1954 Nations nègres et culture on the origins of civilization in Africa, and in 1957 Sembène Ousmane’s cultural clash novel O pays, mon beau peuple, was published. In Ivory Coast, the poet Bernard Binlin made his debutand in Guinea and Cameroon the first generation of novelists, Camara Laye, Ferdinand Oyono and Mongo Beti in the last decade of the colonial era. In Portuguese-dominated Africa, parallels to Senghor’s self-assertion theme can be found in Agostinho Neto’s poems of the 1950s. In British West Africa, Nigerians Cyprian Ekwensi and A. Tutuola were published around 1950, and in 1958, Chinua Achebe’s Things Fall Apart (Then Everything Fall Apart, 1986).

Important works from the British East and Central Africa of colonial times are Jomo Kenyatta’s treatise on the kikuyu people, Facing Mount Kenya (1938, da. In the shadow of Mount Kenya, 1964), and from Rhodesia in English Doris Lessing’s breakthrough The Grass is Singing (1950, then. the grass sings, 1952) and the Shona and ndebele historical novels of Solomon Mutswairo and Peter S. Mahlangu, who was released by the colonial literary agency, but was of great importance for the development of African nationalist self-awareness. South African literature before 1960 includes Thomas Mofolo’s heroic epic on Sotho about the Zulu king Chaka from about 1910, Sol Plaatjes historical novel Mhudi (1930), Benedict Wallet Vilakazi’s poetry and novels in Zulu and Herbert Isaac Ernest Dhlomo’s plays and epic poems of the 1930s. In addition, in the 1950s came Peter Abrahams’ political novels, short stories and journalism in journals such as Drum and autobiographies such as Es’kia Mphahleles Down Second Avenue (1959). In terms of publication, white writers with historical colonization novels in African, critically contested English texts dominated by authors such as Olive Schreiner, Pauline Smith, Alan Paton and Nadime Gordimer, and Laurens Jan van der Post’s writings on the primitive authenticity of the Kalahari people. 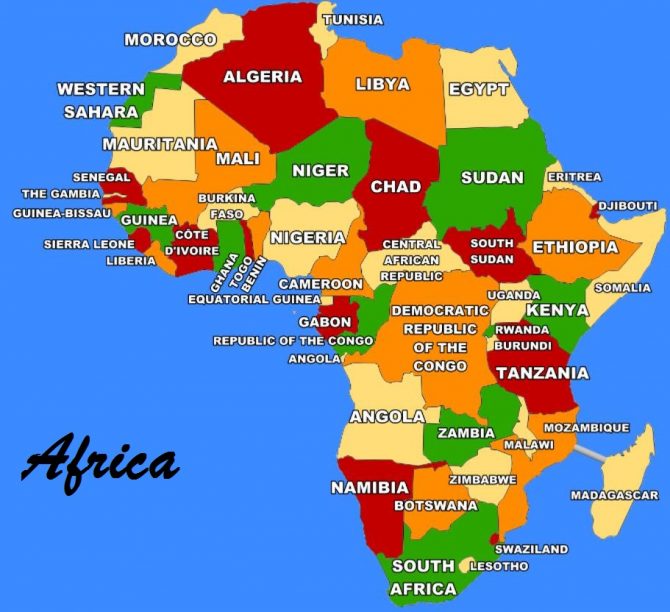 Postcolonial literature, the literary institutions and the public

African literature after 1960 is often referred to as post-colonial. However, colonial rule in Mozambique, Guinea-Bissau and Angola continued until 1975 and in Zimbabwe until 1980; In South Africa, colonialism in the form of apartheid lived on until the 1990s. The independent African nations maintain varying degrees of connectedness to their former colonial powers, and the rift between colonial and post-colonial literature appears more or less sharply in individual societies.

In terms of publishing, British publishers in the 1950s established branches that also dominate the education market after independence, which is often crucial to a writer’s publishing opportunity. Much of the African literature continues to be published in London and Paris and may be more prevalent in the West than in Africa. Conversely, literary forms of great local importance often do not reach outside Africa, such as the Nigerian Onitsha market literature and the East African thriller literature. The international character of parts of African literature, along with censorship and high book prices, can reduce the influence of fiction on public debate, an influence that is noticeable for less institutionalized literary forms such as the popular theater that thrives in a number of countries.

Genres and themes after 1960

Important genres in African literature are the historical novel, often themed in the resistance struggle against the colonial powers; tales of cultural clashes between Western and African, modernity and tradition or city and country; the socially critical novel or short story depicting abuse of power and disappointment with the results of independence; the psychological-existentialist narrative themed in the individual’s experience of division and oppression; magically realistic prose inspired by traditional cosmology and international modernism.

In the field of poetry, narrative poems with historical, didactic or satirical aims are prominent, but also shorter texts with psychological or political themes, whose form blends the image density of the orator with Western models. New types of poetry have evolved as texts for modern popular music. In the field of drama, new genres have emerged alongside purely ritual-inspired forms: political theater that can serve both propagandistic and satirical purposes, information-oriented developmental theater, musical drama combining different genre elements, and more institutionalized art theater.

The development and role of literature in West Africa after 1960

In French-language West and Central Africa independence around 1960 led to extensive literary activity. Prose and poetry focused on the moral problems that independence brought. Folklore came to life in Birago Diop’s releases like Contes et Lavanes (1963) and inspired Frances Bebey. The criticism of power became central to Mongo Beti’s Main basse sur le Cameroun (1972) and to Emmanuel Dongala, Henri Lopes and Sony Labou Tansi in the Congo. The romanticization of the African past was criticized by Yambo Olouloguem of Mali in Le devoir de la violence (1968, The Duty of Violence, 1970) and by Ahmadou Kourouma of the Ivory Coast in Les soleils des indépendences (1970, da. The Sun of Independence, 1989). In Senegal, Mariama Bâ created responsiveness to African women’s terms with the novel Une si longue lettre (1979), while Sembène Ousmane was increasingly absorbed in films to reach a wider audience.

In the former British West Africa, Nigeria occupies a special place with its large population, its many literary genres, more than 20 universities and a Nobel laureate in literature, Wole Soyinka, who has modernized the Yoruba drama tradition’s interplay of the human and spirit world in, for example, A Dance of the Forests; Soyinka unfolds in complex poems and novels and has a more easily accessible disciple in Ben Okri with The Famished Road (1991, Da. The Hunger Road, 1993). The horrors of the Biafra war have been rewritten several times in novels by Festus Iyayi, Cyprian Ekwensi, Buchi mecheta and Chimimanda Ngozi Adichie, who co-authored Half a Yellow Sun (2006 when. Half a yellow sun, 2007) was an international breakthrough. Flora Nwapa is one of several popular female writers who focus on everyday life, and with Chinua Achebe releases with releases such as Anthills of the Savannah (1987, When the Wind Blows, 1988) has been a central personality that has also greatly influenced publishing policy. In Ghana, Kofi Awoonor continued Nigerian Christopher Okigbo’s dense and obscure style, while Ayi Kwei Armah’s novels inspired by Frantz Fanon describe the entanglement of psychology and politics, and Ama Ata Aidoo in poems, plays, and prose, the rulers and the curious are intertwined.

East and Central African literature after 1960

In East Africa, the journal Transition (1961-68) and the universities of Kampala and Nairobi were home to important debates on the role of literature and the authors’ language choices. Central figures were Okot p’Bitek, whose satirical poem Song of Lawino (1966, when Lawino’s song, 1970) is found in both acoli and English, and Ngugi wa Thiong’o. Ngugi, in novels and drama in English and Kikuyu, thematizes the moral dilemmas of the polarization of the mau mau uprising.

In Kenya, Uganda and Zambia, a more light-hearted literature also thrives, whose humorous treatment of middle-class corruption and ambitions has great appeal to a modern audience. Internationally, Somali literature has been marked by Nuruddin Farah’s novels, not least Maps (1986, da. Kort, 1988) on the rise and gender identity in the shadow of war. Significant works from Rhodesia of the 1970s are Charles Mungoshi’s Waiting for the Rain (1975) and Stanley Nyamfukudza’s The Non-Believer’s Journey (1980).

The independent Zimbabwe has fostered a wide-ranging literature with Dambudzo Marechera, Chenjerai Hove, Shimmer Chinodya and Tsitsi Dangarembga in front as poets and prose writers in English; with significant writers such as Mungoshi and Ndabezinhle S. Sigogo on shona and ndebele, and with a democratic activist theater in mixed languages represented by Cont Mdladla Mhlanga. In Malawi, Jack Mapanje has written powerful poems as in Of Chameleons and Gods (1981) with perennial confinement.

Literature in Angola and Mozambique after 1960

Modern literature from Angola and Mozambique is occupied by nationalism and war because of the bloody events before independence in 1975 and the subsequent civil wars. In Angola the blind Óscar Ribas’ folkloric tales and the autobiography Tudo Isto Aconteceu (1975) occupy a distinctive position, and Luandino Vieiras Luuanda (1963, 1980) gives dignity to the poor’s acquisition of Portuguese as their own language. Pepetela’s novel Mayombe (1980) on the war against the Portuguese is widely used as a textbook in other African countries, while a recent guerrilla novel, Sousa Jambas Patriots (1990), depicts a UNITA soldier trapped in the civil war’s contradictions. From Mozambique, Luís Bernardo describes Honwana iNós matamos o cão tinhoso (1964) Colonial humiliation. José Craveirinhas and Noémia de Sousa’s poetry pay tribute to African and national virtues; The euphoria of independence is expressed in poems by Marcelino de Santos and Mia Couto. Disorders of the countryside during the South African destabilization are addressed in a series of Histórias trágicas do banditismo (1986-89) by Lina Magaia.