Endangered reptiles are difficult to find, as very little work has been done on their distribution over the years…

Endangered reptiles in Portugal correspond to a group of organisms belonging to several families with a group of characteristics that make them similar to each other, in particular the type of habitat they seek to grow, feed and reproduce.

Unlike most European countries, Portugal has particular characteristics that have made it and still make it a refuge for numerous species , both in the continental part of the country and in its archipelagos, which may have characteristics of a tropical climate, as in the Madeira archipelago.

Due to several factors, including the aversion that a large group of individuals has against reptiles, they are not studied in the same proportion as other species , at the same time there is no great concern with their habitat , causing it to disappear faster than other types of habitat. These factors contribute, on the one hand, to the threat to these species and, on the other hand, to the lack of information that exists about their presence in Portuguese territory. 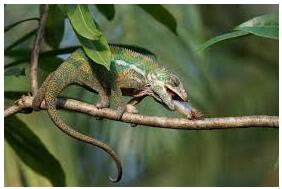 In danger in the islands of the Azores and Madeira. Threats to these species are particularly related to nesting beaches , something that is not relevant in the Portuguese situation. The decrease in their number in Portuguese territory is linked to marine pollution and accidental capture.

Endangered throughout the country mainly due to the fragmentation of the territory it occupies, the decrease in the quality and quantity of habitats.

In danger, only found in the south of the country. Their habitats are largely fragmented and many have been destroyed for agricultural production, preventing the occupation of these territories by Chameleons.

In danger, this is particularly in the north of Portugal, its habitat is fragmented and its occurrence continues to decrease, as the existing habitats are of poor quality.

Vulnerable due to habitat destruction . This reptile (ophidian) is distributed throughout the country, but its numbers are relatively low. The various populations are isolated from each other.

Vulnerable throughout the country, its habitat is fragmented and its populations are becoming reduced. The fires , construction of infrastructures, being run over and persecution are the main causes for its disappearance.

Endemic to the Madeira archipelago, of the wild islands . It is vulnerable in this archipelago, as its occurrence is rare, and in the coming years it may become extinct.

Vulnerable throughout the country, and the habitat of this reptile is in constant fragmentation and demands quality due to the use given to the soil , the number of prey has also decreased. Human pressure has led to the emergence of populations with small numbers of individuals.

Vulnerable throughout the country, with distribution restricted to southern Portugal. The behaviors of these individuals are not well known, as they have been little studied, however, researchers believe that there has been a decline in their populations .

Vulnerable throughout the country, endemic to the Iberian Peninsula. These reptiles show a continuous decrease in number, as well as in the number of habitats , both in the area of ​​occupation and in their quality. Researchers believe that this species could reach extinction in just 50 years.

Vulnerable in the Azores archipelago. A very small and extremely rare species of turtle in Portugal, they usually arrive in Europe due to the Gulf Streams , being only occasional visitors, however, pollution on the Portuguese coast can harm their longevity. At the same time, the low number of occurrences may be due to confusion with other species.

Vulnerable in mainland Portugal. Initially seen as a very rare species due to the few sightings in Portuguese waters, as well as the type of fishing practiced. However, its sighting has been increasing due to the new fishing practices implemented.

Vulnerable, endemic to the Iberian Peninsula. This reptile, like so many others, has seen its area of ​​occupation highly fragmented, as well as the high degradation of its ecosystem due to climatic causes, such as global warming . There is not much knowledge about the effective population.

Vulnerable, despite its continuous distribution throughout the country. However, the destruction of several of its preferred habitats (aquatic environments such as small lakes or streams) through pollution has led to a population reduction of this species .

Vulnerable, and its distribution is more concentrated in the north or south of the country. Like other water snakes, this species is decreasing its effective population, as the places it uses as habitat are polluted or have disappeared due to global warming .

Vulnerable due to agricultural practices , however, it is currently expanding in Portugal. This reptile is mostly found in the Iberian Peninsula, being affected by human presence , however, the number of observations of this species has been increasing, and its absence in certain places may be due to migrations to more appealing ones.

Almost threatened, as it has a low number of observations, despite being present in almost all mainland Portugal. Their low number may be due to the low number of works done with reptiles, or due to climatic and geological changes that may have occurred.

Almost threatened due to new practices introduced in agriculture , such as the use of cutting machines that destroy their habitats , and can even kill these individuals. The large number of observations of these beings are often misidentifications.

There is not enough information (almost threatened), because as mentioned above, there are few research works on the reptile populations present in Portugal. The main location of their habitats leads researchers to believe that some local populations may soon become extinct.

There is no information on the distribution of these individuals (near threatened), however, some of the studies done on populations of this species demonstrate a low population density . Their habitat is highly threatened, which currently puts the survival of these reptiles at risk.